On global average, humans are each exposed to natural radiation of 2.4mSve annually. 70% of this exposure is due to radiation from U, Th, and their descendant nuclides that exist in nature. 0.7% of natural U consists of U-235 (with a half-life of 0.7 billion years) and the remaining 99.3% consists of U-238 (with a half-life of 4.5 billion years). U-235 absorbs neutrons and goes through a nuclear fission. At this point, the process generates two nuclear fragments (fission products) as well as an enormous amount of energy of 200MeV, roughly a million times larger than a common chemical reaction. At nuclear power plants, particularly in light-water reactors, U-235 is condensed into approximately 3-5% of its original size for its use as a fuel. For 3 years, U-235 is heated and made to go through nuclear fissions.  Spent fuel contains 1% of U-235, 3-5% of fission products, and 1% Pu, which has been generated out of a reaction between U-238 and neutrons. Nuclear fuel cycle is a cycle in which Pu and U in spent fuel are removed in reprocessing plants and Pu is reused as a fuel. Removed fission products are radioactive substances and become high-level radioactive wastes. The safest way to deal with these is thought to be solidifying them into a glass and burying the glass several hundred meters below the ground surface and on a stable stratum. Through the operation of nuclear power plants, various low-level nuclear wastes of different kinds are generated in varying amounts. Nuclear power plants are demolished after 40 to 60 years of operation. This also generates low-level radioactive wastes. These low-level radioactive wastes will likely go through diluent discharge, burial on lower grounds, etc., depending on their characteristics.

In this lecture, we will look at nuclear power from the perspective of the use and changes of uranium resources that exist in nature, and discuss it from the perspective of “elimination” in a broad sense after having an overview of nuclear wastes that come with the use of nuclear energy. Possible keywords for the lecture would include: nuclear transformation of natural resources; reduction and decline in radioactivity; segregation and management; effective use of nuclear wastes; elimination of harm through nuclear transformation; storage (temporary and long-term) and burial; limits of diluent discharge; comparison with natural radioactivity; inter-generational ethics; uncertainty in the assessment of long-term safety of discharge; issues of NIMBY. 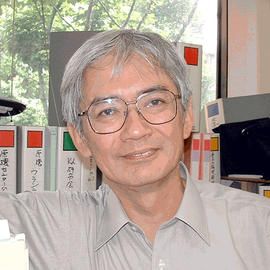 TANAKA, Satoru
Professor, the Department of Nuclear Engineering and Management, School of Engineering Professor Tanaka has served in the current position after serving as Assistant the Department of Nuclear Engineering, School of Engineering, The University of Tokyo; Assistant Professor at the School's nuclear engineering research facility (in Tokai Village, Ibaraki) Pref.; Professor at the Department of Quantum Engineering and Systems Science. He has served as President of the Atomic Energy Society of Japan in the year 2011 and the decontamination adviser in Fukushima, among other roles. His research interests include Engineering for Nuclear Fusion, Waste Management Engineering, Engineering for Nuclear Power Society, etc. His research articles include "Modeling of influence of lithium vacancy on thermal conductivity in lithium aluminate" (co-authored with H. Tsuchihira and T. Oda) and "Release behavior of hydrogen isotopes thermally absorbed in lithium niobate" (co-authored with K. Azuma and T. Oda). He enjoys festivals, geography, history, traveling, being human, making pickled plums, discussion with students.