You can see the real-time updates and the situation of field-work training during the intensive lectures at Nanjing University on Facebook .

Quite a few would think of The Heart Sutra, known for the phrase “All is vanity,” from the Buddhist word “Color.” The “color” in this case is the first and broadest sense of the word, denoting physical matters such as the body. The phrase quoted above, by the way, means that there is no way that emptiness can exist removed from the body or physical matters.

A second oft-seen usage of the word rūpa, though slightly limiting in its scope, denotes colors and forms that are objects of eyes as visual organs. Both colors and forms are visual objects that yield visual images (visual recognition) with light as a necessary condition and on the basis of eyes as visual organs. The question about which of the two – colors or forms – receive priority in our cognition relates to the viewer's will and interests as well as specific representations that are captured by these factors. The Buddhist epistemology explain these spiritual workings as specific mental effects – will, interests, representations.

In this lecture, I will give explanations for the above quote from The Heart Sutra, and will delve into how humans capture colors and forms, as well as how likes and dislikes that are felt about them have been problematized. 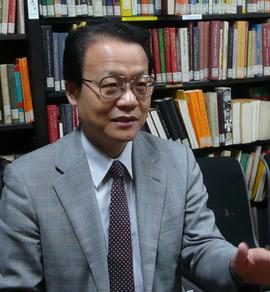 SAITO, Akira
My area of specialty is the study of the history of Buddhist thoughts centering in India, and in particular I focus on the concept of Emptiness that underlies Mahayana Buddhism and work to explore its origins as well as to understand the various developments around the interpretation of Emptiness and meanings attached to it, chiefly from the perspective of the history of thought. In recent years, I have been working on a research on the thought formation and development of Madhyamaka, which took place through debates with Yogachara, with Sanskrit books and their Tibettan translations as primary sources.