An Intensive Lecture Series "Memory and Documents" took place at Nanjing University, China, from February 28 (Mon.) to March 25 (Fri.). It was a series of omnibus lectures by 8 faculty members from the University of Tokyo, offering insightful views on their areas of specialty that included both Sciences and Humanities. This was an attempt to extend liberal arts education overseas by offering, in a different country, the exact same lectures that first year and second year students hear at Komaba; the classes were conducted in Japanese for students at Nanjing University's Japanese department, of whom 40 to 50 participated. Some of the lectures were televised via the Internet, and this method proved quite effective. While many of the students at the lectures had never learned Japanese, seniors at the Japanese department provided simultaneous interpreting, demonstrating their excellent language command.

In the meantime, four faculty members from UT, including Toshikazu Hasegawa (the Dean of the Graduate School of Arts and Sciences) as well as former Dean Susumu Yamakage, gave talks at Nanjing University, and one of the events had an audience of over several hundreds.

This educational exchange program is characterized by student exchange along with the lectures. This year, 19 students were selected from the applicants, many of whom were first or second year undergraduates; they were to be sent to hear and have discussions on the lectures with their Nanjing University counterparts. It was initially planned to divide the 19 students into 3 groups, each staying for a week at Nanjing University; however, because of the great earthquake, only11 students in 2 of the 3 groups could actually go to Nanjing. Exchanges conducted at such a time hopefully gave valuable experiences to the students on both sides.
This Intensive Lecture Series, carried out by the Liberal Arts Program (Nanjing) of the Komaba Organization for Educational Excellence in collaboration with Nanjing University, was aided by various members of faculty and other departments at Komaba in sending the lecturers. There was also generous support provided by Nanjing University, particularly Dr. Zhang Rong, the Vice President in charge of international cooperation, who expressed his sympathy for UT facing the earthquake and willingness to extend any support necessary. We would like to show our deepest gratitude for him and the University.

The passage above was reproduced from
the on-campus publication at the University of Tokyo(2011.4.22). 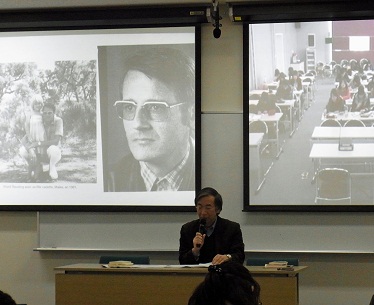 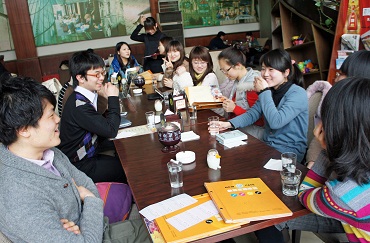