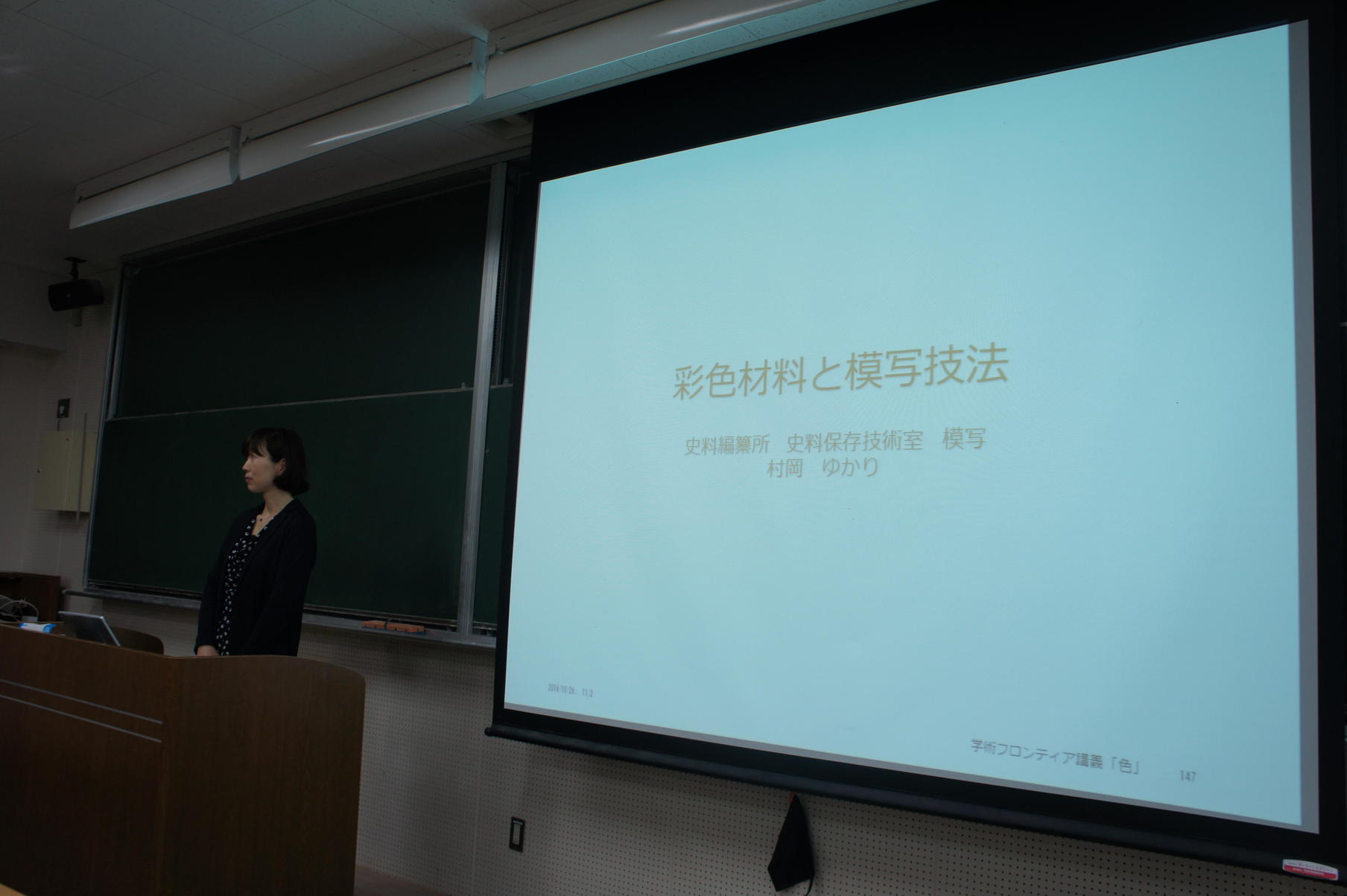 Japanese traditional paintings known as Yamato-e, Wa-ga, etc. – their origins are considered to be techniques and artworks that were brought through exchanges with China and the Korean peninsula around the fifth century. They went through unique developments in Japan and as a result now we see many paintings as their legacies. The coloring materials that were used at the time were made of natural ingredients, which differed from present-day tube colors both in material and usage. Japanese painters invented and established various techniques by skillfully using those coloring materials.

However, these techniques were passed on only among the painters such as secret manuals or oral teaching in their ateliers or among disciples, without being circulated outside those circles. What little hint we have now is a series of manuals for techniques written by a few painters from around the sixteenth century.

“Facsimile” is one of the ways to copy classical paintings in great detail. Facsimile not only plays a role in preserving original paintings, but it is also significant as an endeavor to recover lost techniques from the ancient times and pass them on to the future. Facsimile is performed by recreating the production process of the original paintings, and investigating coloring materials in addition to coloring methods is a necessary part of the recreation. Learning about facsimile will enable you to understand and think about coloring techniques for Japanese traditional paintings.

MURAOKA Yukari
She graduated from the Graduate School of Conservation, Tokyo University of the Arts (MA). She belongs to the technical section of the preservation of the historical records, the Historiographical Institute, the University of Tokyo. She is a specialist of reproduction who precisely copies classic paintings.