In the 1980's, when China was entering an era of reforms and liberation, the world learned of the changes from the Socialist regime first from the films by those young directors collectively called the “New Generation.” Symbolic of this was the fact that Chen Kaige's “Yellow Earth” (1984) received an award at the Locarno International Film Festival, as did Zhang Yimou's “Red Sorghum” (1987) at the Berlin International Film Festival. These two directors would go on to lead the Chinese film industry to this day, and it is worth noting that their first films both give “water” a special place. In “Yellow Earth,” we see a girl who lives in poverty and walks five kilometers daily to bring water home from the Yellow River, and there is also a boy in the film who, while appearing clumsy at first glance, sings a song about “bed-wetting” in a powerful voice. Likewise, in “Red Sorghum” that is set in a brewery, an act as outrageous as urinating into a large pot containing brewed wine results in a fantastic new product. Why were there scenes like these in the two films that were each celebrated for the strong messages of its vivid images? I would like to delve into the meanings of the linkage of “water” from water to bed-wetting to urinating, by analyzing scenes from the films. 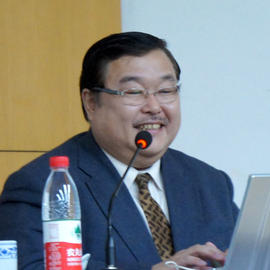 KARIMA, Fumitoshi
Professor at the Graduate School of Arts and Sciences (Culture and Representation Course), the University of Tokyo. His areas of specialty are Chinese film history and contemporary Chinese art and literature. He finished the doctorate program at the Department of Chinese Language and Literature, Faculty of Letters, at the University of Tokyo in 1983. He is interested in contemporary Chinese art and literature from the 1980’s onward, and has been following new cultural state of affairs as well as being drawn to the Chinese cinema of the time of silent films. He has done subtitle translation for nearly 100 Chinese films. 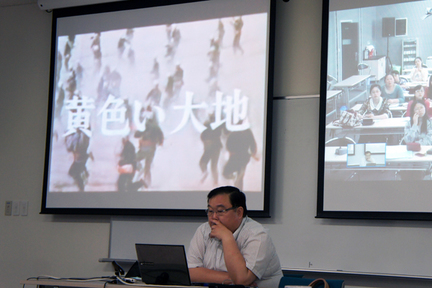 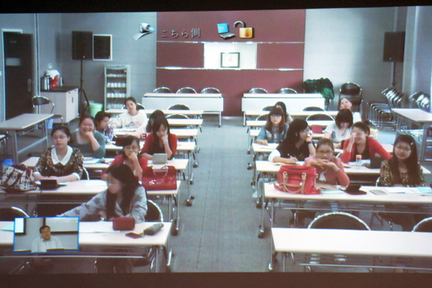