In this lecture, I will talk about such issues as why earth could become an “aqua planet housing life” and whether there are other astronomical objects like earth. In particular, I will lecture on the origin of the solar system, the origin of the oceans and air on earth, and the conditions required for the formation of an aqua planet and the mechanisms needed for its long-term sustenance. I will further introduce you to latest findings from explorations of the solar system and their plans for the future, touching on possibilities of life and water on the astronomical objects on the solar system like Mars, Titan and Europa. I also hope to lecture on the observation of planets outside the solar system, which is recently on the rise, and introduce you to attempts at finding a second or a third earth in the outer space. 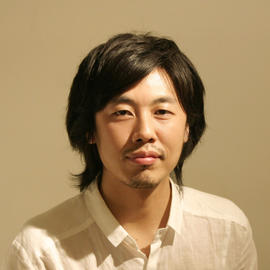 SEKINE, Yasuhito
Lecturer at Department of Complexity Science and Engineering, the Graduate School of Frontier Sciences, the University of Tokyo. Born in 1978, he finished doctorate program at Department of Earth and Planetary Physics, Graduate School of Science, the University of Tokyo. He holds a Ph.D. in Science. He is conducting research on the formation and evolution of the surface environments that nurture life like the oceans and air on planets and satellites.