Water Circulation on the Earth – Where Does Rain Come from?

Earth has an abundance of water, so much so it has been called an “aqua planet.” Water circulates around the earth, changing its form to gas, liquid, and to substance. This circulation of water is highly complex and much of it has yet to be uncovered. We can see one of the many aspects of this complex circulation on earth by looking at “water's isotopes.” Water is usually described as “H2O.” However, inside water there are “stable isotopes,” which are written as “H218O,” “HDO” etc. By attending to these “isotopes of water,” we can find out about some of the faces of water circulation on earth, like where the rain that falls at a certain location and time comes from and when it evaporated into the air. Furthermore, we can explore what the earth looked like in the past by examining the isotopes of water-related substances in an ice in Antarctic that became frozen hundreds and thousands years ago or in the trees that have been around for hundreds of years. In the sense that we can find information about times much earlier than humans began observing the world, water's isotopes are nothing short of “time capsules of information.”

YOSHIMURA, Kei
Associate Professor, Atmosphere and Ocean Research Institute, the University of Tokyo Professor Yoshimura's areas of specialty are meteorology, hydrology and isotope geochemistry. He is mainly conducting research on finding out about water circulation process on earth by using water's isotope ratio and making full use of simulation models and direct observation. Professor Yoshimura received his Ph.D. in Engineering from the University of Tokyo in 2006, and after working from 2006 at the Scripps Institution of Oceanography, he has been serving in his current position since 2010. His publications include The Use of Water's Isotope Ratio in Meteorology and What We Know and Do Not Know about the Weather and Climate, both of which he coauthored. 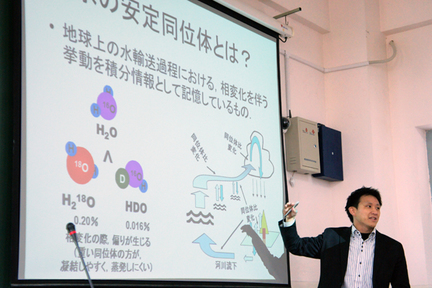 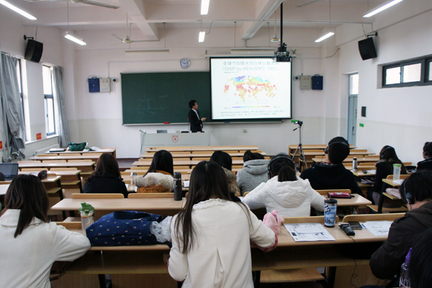 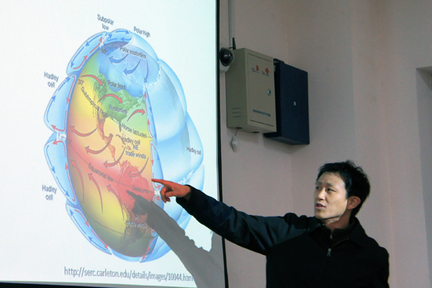 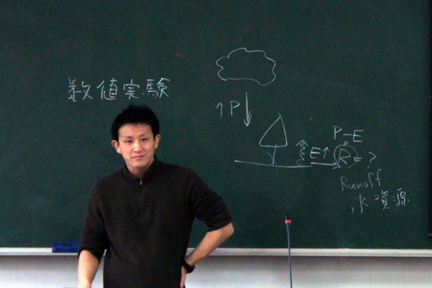 Reference Material of the 1st Day

Reference Material of the 2nd Day